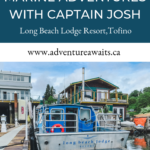 Nestled right on edge of the Pacific, no trip to Tofino would be complete without an adventure out on the water. Thankfully, one of the many benefits of staying at the Long Beach Lodge Resort is that they run their own Tofino boat tours! Usually, resorts like these will outsource their guided tours, but The Long Beach Lodge prefers to keep it all in house, allowing them to provide quality control and the best experience for their guests.

Arriving at the Tofino boat tours marina, we were greeted promptly and kindly by Captain Josh, a 20-year Tofino native that – as we would soon learn – knows the area like the back of his hand. Seated directly next to Captain Josh was First Mate Scout, a beautiful, friendly nine-month-old Husky. Needless to say, we hadn’t even left the marina yet and my kids were already loving the animals!

As we boarded our vessel for the morning, Captain Josh presented us with a difficult decision. Long Beach Lodge offers both Whale Watching and Bear Watching excursions depending on the season. Since we were right in-between each season, it was up to us to decide: do we hit the open water in search of whales, or stick near the coast, eyes wide for black bears?

In the end, we decided on the whale watching excursion and could not have been happier with our decision, as we ended up seeing a whole amazing variety of wildlife!

First up on our list of wildlife were the stars of the show: the whales! Specifically, we came upon a Gray Whale, a massive creature native to this Pacific region. Hearing the sound of the massive blast of air leaving their blowholes is something our family will never forget. Truly amazing!

After checking off the big guy, Captain Josh brought us closer to shore to see if we could find some other varieties of native species. My daughter is obsessed with sea otters, and so she was over the moon every time we came across a sea otter. We even saw one otter doing battle with a brave seagull trying to steal his lunch from right out of his hands! But the highlight of this stop had to be witnessing the iconic image of an otter couple taking a nap while holding hands. So cute!

Cruising to our next location, Captain Josh (and Scout, of course) were quick to point out the massive number of bald eagles flying about. Josh made sure to really take advantage of this time and create a teaching moment for us, sharing fun facts such as female bald eagles being larger than males, and the fact that these creatures pick a mate for life.  Eyes scanning the various groupings of eagles, we came across a beautiful “teenager” as Captain Josh called him. A young (5 or so years) bald eagle, who was nearly full-grown in size, yet still was completely brown, his white head feathers not yet developed. Such a cool sight!

Next up were the sea lions. As our boat approached the shore, we made out a group that was at least 100 members strong. Hands down, this was my favourite sight of the tour. Watching these giants lay out, catch a nap, play with one another, and bark and slap in an effort to dominate the best spots on the rocks was truly something special. Very rarely does it seem like you get to watch an animal in their native habitat. But this was one of those rare occasions, like finding yourself immersed in a National Geographic!

As we began our cruise back to the Tofino boat tours marina, we passed quite a few varieties of native birds. Captain Josh amazed us with his vast knowledge of each of these species, sharing great facts about where they nest, what they eat, and so much more. Our favourite had to be cormorants. These deep-diving birds are British Columbia’s version of penguins, and who doesn’t love seeing penguins! A great treat for my kids, as well as mom and dad.

After seeing this amazing variety of air, land and sea animals, it was finally time for us to wave goodbye to Captain Josh and the Long Beach Lodge Tofino Boat Tours vessel. Our whale watching experience was incredible. We saw such a great variety of creatures and learned so many wonderful things from our local expert. It is truly amazing that this is something offered directly by the resort, and another reason why Long Beach Lodge is the absolute premiere Tofino resort destination!

Learn more about our Tofino adventures in these articles! 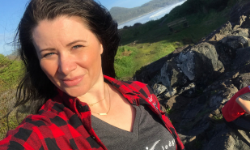 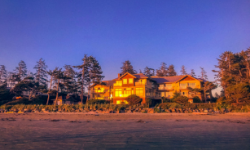 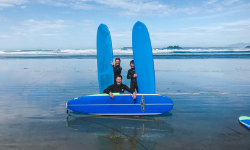 Surf’s Up at the Surf Club Adventure Centre 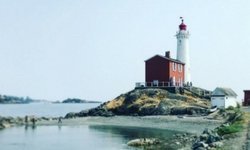 “You look so peaceful,” she said… after I sh

Are you vacationing in one of BC’s small towns t

Are you heading up to #whistler this summer and wa

Have you ever been to the “Top of the world” i